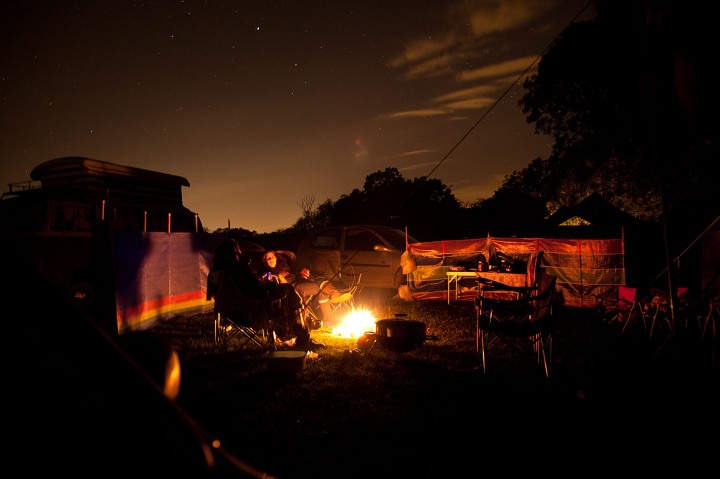 Let me begin by laying out my case. I don’t consider camping a holiday. This may be exacerbated by having very young children, so where ever you go you are essentially doing the same crap, but with more limited resources and less childproofing. My criteria for a ‘holiday’ are as follows:

Ok, that doesn’t really work as I’d probably need a phrase book to get by in the darkest depths of Wales, or Scotland, but I wouldn’t consider a visit a holiday. Plus the States or Oz wouldn’t require a phrase but I’d not pass up a holiday there. Ok:

Now I’ve laid out those criteria I will tell you about my break camping this bank holiday weekeend. We were in the beautiful rural county of Oxfordshire at Britchcombe Farm. It’s a lovely, friendly, basic (in a good way) site, and the second time we’ve camped there. The weather was hit and miss, the company was good, the kids not always so. It’s not very relaxing having to mediate between 6 kids under six, but there were 5 grown ups so between us and some bubbles  we managed to not kill them and stop them from killing each other.

On the last day, well, on the way home, we decided to grab some lunch in a nearby town and ended up in Wantage. Now, I’m sorry Wantagites but this is not a happening town. It has a random selection of what I would consider to be more niche high street shops like Fat Face and Cargo, nestled among the charity shops and cheap card shops. On the search for food we eschewed a couple of unimaginative pubs and bistros, and ventured right to the end of the small town, where we happened upon a random looking pub. Here I should probably mention that one of our party is a coeliac (is it ‘a coeliac’? ‘Has coeliac’? I’m not sure). It’s unbelievable how restrictive a gluten free diet is. And when camping it makes things really difficult, what with all that bread, sausages and burgers containing wheat. Did you know that burgers and sausages contain wheat? Except Co-op, all their own brand stuff doesn’t contain gluten, big up the Co-op, I do love it. I made some gluten free brownies for the weekend too, and even had to buy expensive gluten free chocolate, and a spend a small fortune on ground almonds. It’s not easy to live with.

Anyway, back to Wantage and we happen upon the seemingly unironically named Shoulder of Mutton, a pub serving home made vegetarian and vegan food. It also specialises in all kinds of fancy real ales if you are into that sort of thing. I’m not but I was almost tempted but the banana ale.

Peter the landlord was lovely, as was the bijoux restaurant. It was like being invited into someone’s living room, complete with stacks of games like Guess Who and giant Jenga. We rocked up, 4 adults and 4 young children, looking and smelling like we hadn’t washed for 2 days. The kids stopped whinging long enough to pounce on the piano in the corner. But for Peter nothing was too much trouble. The menu was delicious, and all cooked without microwaves and fryers. More to the point, all the dishes stated whether or not they were vegan, or wheat and gluten free. There was a lot of choice rather than the token salad that my friend has to settle for in most places, after checking and double checking there are no unlisted additives like croutons and suchlike. I was disappointed to find that there was no more butternut squash ravioli, but the charmer (cheddar and parmesan) ravioli filled the gap pleasantly. It was so nice to have a meal without meat too! The silence that descended when the food arrived was bliss, think it was the quietest the kids had been all weekend. We will definitely be returning here on our next visit to Britchcombe, when hopefully I can try the butternut pasta. I will also be trying some of the gluten free chocolate and raspberry brownies, which I couldn’t justify today after polishing off the last of my own brownies for breakfast! Do go if you are in the area. I’d book in advance though as it’s pretty cosy.

One thought on “A taste of camping: Gluten free but may contain nuts”