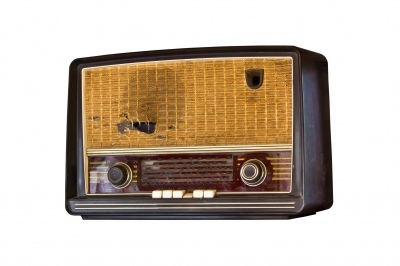 I have long harboured an ambition to wield the sort of power and influence that makes the BBC Radio 4 researchers pick up the phone and ask for my learned opinion on a matter. I always knew this to be unlikely since my areas of expertise are limited to crochet, Mumsnetting and holding simultaneous conversations with my children while speaking to anyone else.

Well today my ambition was realised. In a manner of speaking. Last Saturday, the Saturday Live show on Radio 4 were talking about town mysteries and yarn bombing came up. Never one to shy away from a bit of self promotion I tweeted them a link to my blog. A few days later I received an email from a researcher asking if I’d mind being called to speak on the show. After gauging the angle they were taking I agreed. The lovely Rev Coles and JP Devlin aren’t the type to turn all John Humphries on innocent callers.

The only snag in the plan was that I was supposed to be volunteering at the NCT Nearly New Sale today. After rather sheepishly explaining the situation to the bemused organiser Andy I excused myself about 10 minutes before the anticipated phonecall and had to secrete myself in a quiet space, outside in the end due to phone signal issues.

On cue I received a phonecall from JP who was delightfully reassuring. Then came my big moment, my national radio debut. They asked why I yarn bomb. I said to make people smile and I think I managed to get something in there about subverting feminine stereotypes. They asked who my posse were. I said we were all mums, which wasn’t quite the answer I wanted to give as it makes us sound a bit mumsy and frankly unrenegade. But the reality is that we met through our children and that is how we primarily define ourselves at the moment. Yarn bombing helps us reclaim a bit of our own identity back. Damn, I should have said that!

Anyway, I think it went well. It was mere minutes long. It’s on BBC iPlayer, at around 9.50, which I think is 50 mins into the show. I daren’t listen to it myself so you’ll have to tell me how I sound? Do I sound nasally? I’ve been told I sound very Home Counties, though 8 years in the West Country might have knocked the edge off that. Anyway, listen to me on the cutting edge of the creative zeitgeist:

(Above image from FreeDigitalPhotos.net)

13 thoughts on “On the radio whoa oh oh”